Whilst primarily known for it’s steam locomotives, the railway also has a proud diesel heritage. To help celebrate this, it is putting on a Gronk shunter day. 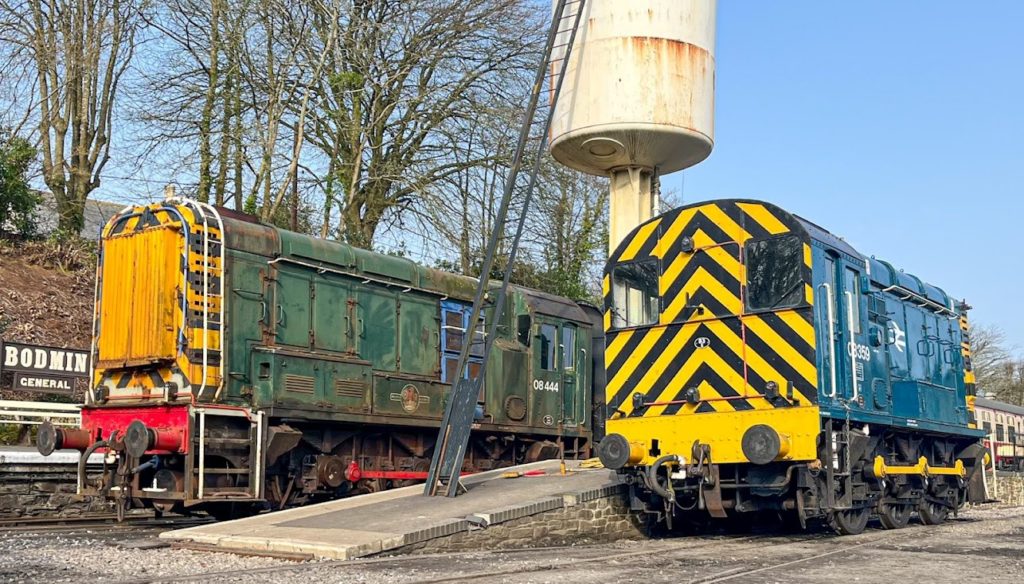 Credit to: Will Dingle

Services will be running to the standard blue timetable. There will be a mixture of double heading, top and tailing and single runs, providing a unique opportunity to see the locos hauling the trains before 08444 is withdrawn.

Malcolm Young, from the Bodmin Diesel Group said “The Class 08s are the work horses of the railways and were primarily used here to haul china clay rakes from the drys at Wenford. It has been over ten years since we last had the opportunity to run this type of an event,”

Visitors can purchase all day rover tickets, allowing them to pay once and travel as much as they like during the day. Tickets can either be bought online in advance or on the day. Passengers can join at either Bodmin General or if they are planning on visiting the railway via the mainline, at Bodmin Parkway. Tickets can be bought from the Buffet at Bodmin Parkway as they cannot be purchased on the train.

Cornish Heritage Railway to Reopen in Time for Mother’s Day

The Bodmin & Wenford Railway has had to make the difficult decision to delay its reopening due to a number of operational reasons.

We are Looking for a Business Administration Apprentice

Bodmin and Wenford Railway are offering an exciting opportunity to join their team. This varied role will enable you to enhance your career, giving you valuable on-the-job experience whilst working towards an industry recognised qualification.